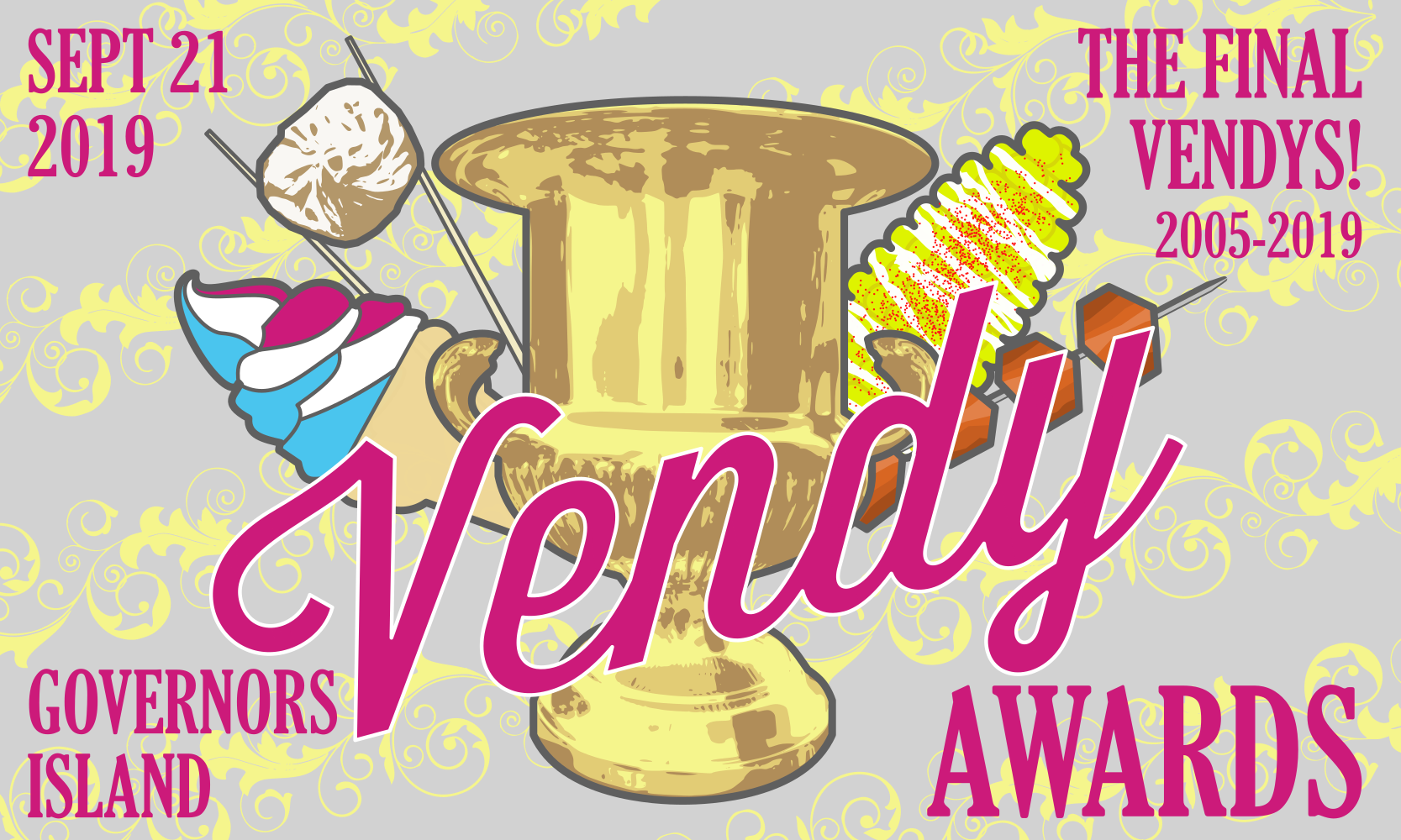 New York, NY – The 15th Annual and Final Vendy Awards, the year’s most anticipated street food showdown, will celebrate its long-running history with the People’s All-Star Vendy Cup category, the Street Vendor Project announced today. 15 vendors from the 14 years of Vendy Awards past will compete for the All-Star Vendy Cup, which will be voted on by event attendees. There will be two additional categories: Best Freshman, featuring vendors who’ve never competed, decided by a panel of expert judges, and Best Dessert, voted on by attendees.

The Best Dessert finalists are Waffles & Dinges, Grilla in Manilla, and Dulcinea.

“The Vendy Awards have provided a launching ground for so many of this city’s most iconic street vendors.” said Mohamed Attia, Co-Director of the Street Vendor Project at the Urban Justice Center. “For our final year, we wanted to celebrate all of their success and bring them back together for the ultimate showdown: the All-Star Vendy Cup, chosen by the people. We invite all New Yorkers to snag a ticket to the year’s best celebration of our city’s unparalleled curbside cuisine, for one last time.”

The Street Vendor Project began the Vendy Awards to raise the profile of NYC’s street food vendors and their indisputable contributions to the culinary and cultural fabric of the City. The Vendys was the first event of its kind to celebrate the excellent food available on our city’s streets and the hard working people who bring it to us each day. 15 years later, the success of that mission is visible in the weekly street food markets now operating throughout the five boroughs. The first Vendys, in 2005, featured just four vendors from Manhattan, in a modest garage space. Last year, more than 2,000 New Yorkers turned up to Governors Island, to judge the grill-to-grill cook-off, with 25 vendors representing every corner of the world and New York City.

General Admission tickets are currently on sale now for $100 and VIP tickets are $170. Attendees will have unlimited sampling opportunities from 25 vendors along with unlimited beer and wine. VIP tickets provide an additional hour of eating plus VIP bar and tent access. Purchase tickets here: www.vendyawards.com